Last night Black Cherry was on at the Factory Theatre in Marrackville. It’s a subculture sort of event, bringing together rockabilly ladies and gents, psychobillies, goths, punks and the like. I’ve always been intrigued, but this is the first Black Cherry event I’ve ever actually attended.

It was totally enjoyable; there were burlesque performances, retro DJs, bands, etc. Whilst the entertainment was great, the most exciting part was not the performances but the people. Having never been to Black Cherry before, I was stunned by the intensity of the crowd, and so impressed by how well-dressed the attendees were. There were so many fabulous reproduction 50s dresses and corsets it was almost unbearable. Seriously. I was overwhelmed.

As a precursor to the event, my lovely American friend Erin underwent a glamorous transformation to 50s belle. I did her hair in victory rolls, dressed her up, she slicked on red lipstick, and voila, Erin glided into Black Cherry looking fabulous. We took fun before and after photos. I should warn you of the poor lighting and dreary backdrop, but they are photos nonetheless.

Before:
Erin chose to look as melancholy as  possibly so as to channel those sad before photos they use in ads for acne/diet products.

After:
What a babe. 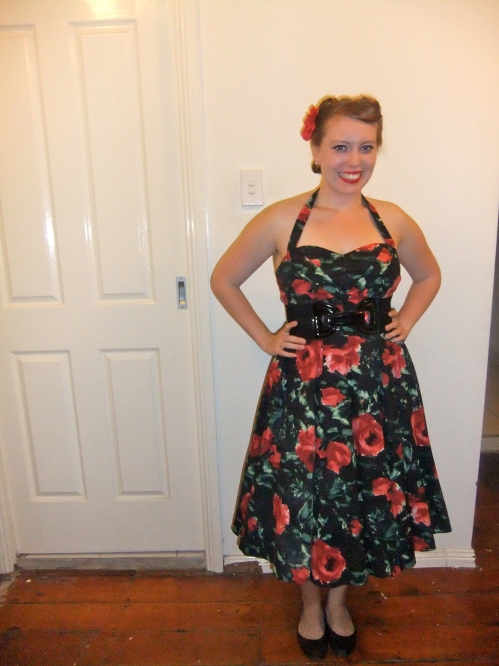 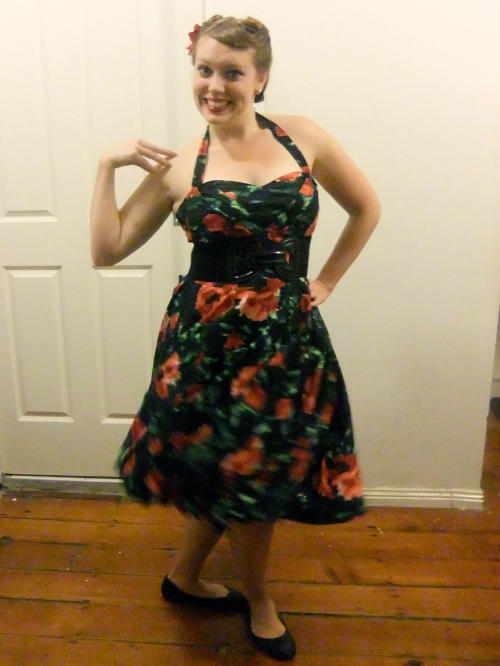 And here’s what I wore to Black Cherry: 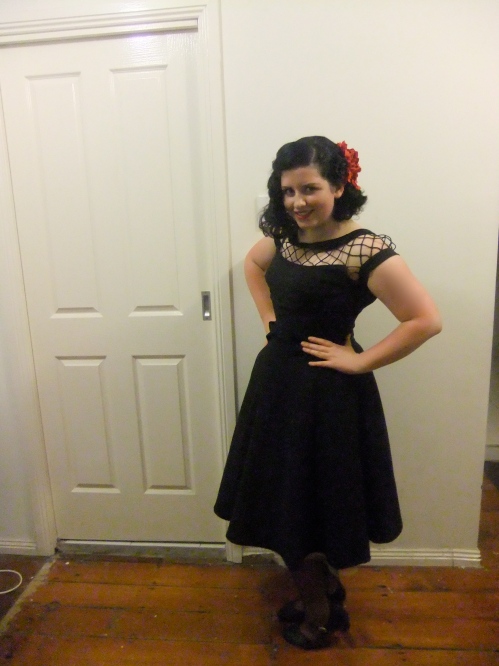 Note that I had my hair died black again! It’s nice to be so dark – it helps me along with my mission to look as pale as possible à la Dita von Teese. I went to Sterling in Surry Hills, where my stylist helpfully set my hair in curls as well so I was prepped for Black Cherry.

I’ll be posting again soon about the Love Vintage fair I went to today. I picked up quite a haul of things which I’ll share with you, as well as some photos from the fair. Until then, ciao ciao!

I bought tickets to the Sydney Fringe Festival “Mystery Bus” event a few weeks ago, and have been anticipating it quite fiercely. Despite it being frequently in my thoughts and discussed at length with my fellow attendees, I had little to no idea about the destination and programme of the event until the bus picked us up last night outside the Enmore Theatre. The sole information we had was that it would be somehow 50s swing dancing-themed, so naturally the crowd waiting in line was well-dressed.

Instead of displaying a route number, the bus spelled out “LOL” on its front, so the frivolity began as we were transported by a vehicle decked out in plastic flowers and question marks hanging from strings. The bus took us to a warehouse in  Marrackville, however it quickly became clear as we ascended the stairs that this was not in fact a warehouse, but rather quite a splendid bar called “The Camelot Lounge” casually placed in the big, anonymous industrial wasteland there. It was a very beautiful, fitting location for a 50s night, with old lino chairs littering the room and such. I was particularly impressed by the commitment to a camel motif, as it took the form of chairs, statues, pictures, hanging figures from the roof…

A rockabilly band played, and I wish I remembered their name for they were quite fabulous. Expert swing dancers took to the dance floor and made my six weeks of classes feel terribly inadequate. Seriously, I just want to fast-forward to when I can swing competently and at ease. Nevertheless, we made some attempts, and I’m not sure we were entirely unsuccessful. Dancing to rockabilly music makes me wonder how I could ever try dancing to anything else.

I should also mention the burlesque act, which featured two ladies, one dressed as a banana.

I regrettably didn’t take any outfit shots, but I wore something quite similar to this post, but instead with a fabulous petticoat-esque skirt. I’m certain it’ll surface on Ravishing Retro another day, so you’ll be able to appreciate its beauty in the near future. I think you should check out Jesse’s dress in this photograph, though, as she’s wearing a stunning dress from Bettie Page Clothing. 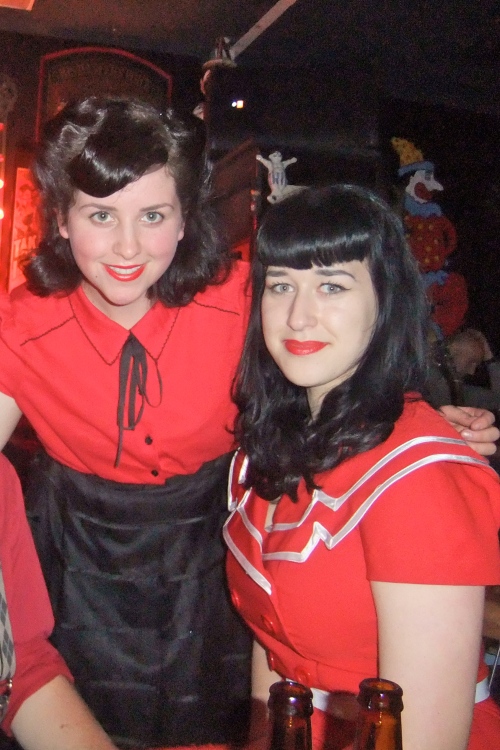 Here are some more photos from the night: 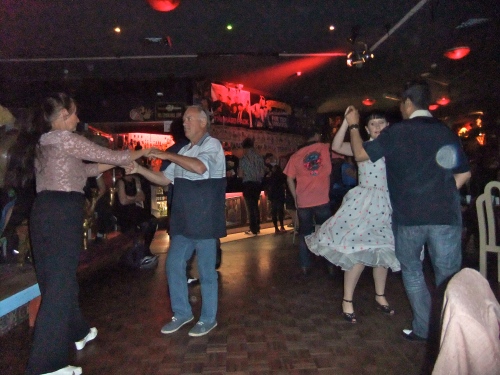 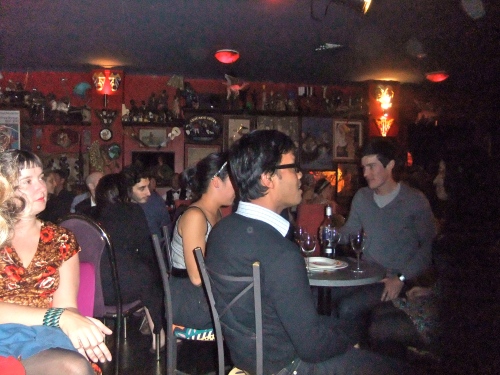 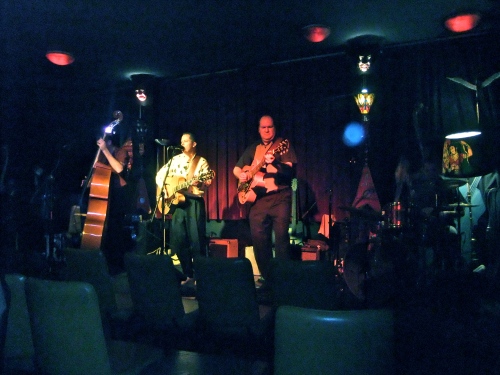 The Fringe Festival is providing excellent, titillating fun. Mystery bus tours are all sold out by now, but perhaps next year?